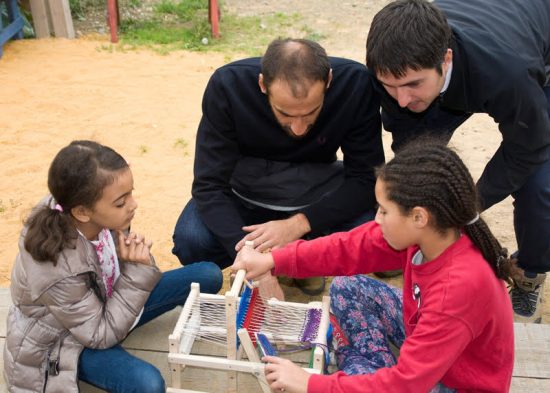 Generosity distinguishes collaborative urbanists and successful cities. The drive for material success, short term gain and personal ownership has blunted our empathy for others and sharpened the celebration of “winners” at the expense of the “loser”. The financial crisis of 2008 highlighted two conflicting socio economic ways forward. Growth from increasing consumption through credit in contrast to investing in long term sustainability through the intelligent use of resources. Ten years on from the fiscal crisis one senses a dissatisfaction with the integrity of our political systems. There is a growing recognition of the role civil society can play in improving livelihoods by working collaboratively to pro-actively stimulate responsible change.

Over the last ten years as a Director of the Academy of Urbanism (2009-15) and Commissioner of the Independent Transport Commission (2011-17) I’ve watched the role of collaborative urbanism within civil society develop. It has matured independent, but supportive of formal, governmental, political and institutional structures. Civil Society, together with the public and private sector, has a growing role in enabling citizens through collective action to: share power, co-design and shape actions for the common good.

Collaboration requires the generosity to see others’ point of view and embrace shared values to ensure an equitable outcome. The Independent Transport Commission’s study of High Speed Rail identified that to capture the full value of infrastructure investment required collaboration between all parties to accept a process of change, coupled with the integration of spatial and operational innovation to create a place that people valued. Civil society through local groups such as civic trusts, community interest companies, or educational institutions can play a role in developing awareness, changing perceptions, increasing skills and undertaking exemplar projects, some of which may become transformational.

Leeds Sustainable Development Group (LSDG) was established by David Lumb (AoU) in 2009 as a “budget-less” organisation committed to taking immediate action by 2020 to “create a better city centre for the benefit of all”. The diverse group worked tirelessly to create a constituency of interest. By 2013 ‘New South Bank: A vision for Leeds City Centre South’ was published, HS2 was moving northwards and devolved city regions were on the agenda. By 2016 LSDG had achieved their first goal with the completion of Ruth Gorse Free School and Hunslet Stray linear park providing a public amenity for planned and future development.

LSDG became a Community Interest Company (CIC) in 2014 with the the vision of doubling the size of Leeds centre city by transforming the South Bank into a distinctive European destination. The group have kept an independent position, sustained their ideals and continue to raise aspirations. They are championing a Leeds bid for European City of Culture 2023, initiated a book with supporting exhibition and helped create the confidence to bring HS2 and Network rail together to create an integrated station neighbourhood.

Canning Town Caravanserai (CTC) is the outcome of a GLA/Newham Council competition to capture the interim value of five-year period between demolition and new build, helping create an identity for the area and provide a place for local life.

Ash Sakula’s inspiring entry had two ambitions. Firstly to campaign for new ways in which “urban wasteland can be reanimated for and by local communities”. Secondly to provide a generic exemplar of “Caravanserai” as an adaptive concept -a haven of open exchange for ideas, culture and knowledge.

Started in 2010 the Caravanserai was gradually designed and built ‘off grid’ by volunteers with hand tools and scavenged materials. The village setting was undoubtedly romantic in the harsh context of urban churn and construction in the area and challenged the status quo. People came with one interest and left with another. A local network was fostered within the Caravanserai around watering allotments, upcycling furniture, mending bikes, making fires, feasts and music. It was a genuine third space, self-managed and almost self-sustaining.

In 2014 the project gained charitable status to spread the learning and champion Caravanserai as an active form of place shaping.

CTC was a brave pilot that shaped the early careers of more than a hundred participants from all parts of the globe. It was a touchstone for docklands regeneration and a living manifesto for a new generation of public spaces.

Changing Chelmsford is a community inspired programme for change. It was formed in 2010 as a collaboration between the County, City, RSA and AoU, working closely with Anglia Ruskin University (ARU) and Writtle College (https://www.academyofurbanism.org.uk/changing-chelmsford/). The aim was to collaboratively develop a clearer identity for Chelmsford by understanding its opportunities and assets. Stephanie Mills (FRSA, AoU), project coordinator, organised a series of workshops leading to ‘A Town Like Us’, a day of inspirational contributions, hosted by the AoU. The finale was the Town Commons, a hands-on proposal making workshop facilitated by Matthew Taylor (RSA) and Paul Finch (CABE) which drew together participants from the 5 intensive weeks of events and concluded with over 100 ideas, 8 pledges for action and a first big step in an ongoing process.

Six years on in a city which was identified as “cash rich, community poor” small initiatives and huge generosity of energy by the committed is seeing the emergence of a growing confidence and distinctive identity.

The Ideas Festival in its sixth year is growing. The Ideas Hub, now an established charity, is providing leadership and supporting the development of a stronger community through the Hub, which is a at High Chelmer and separate creative shared workspace. Achieving plans for the Shire hall and Heritage triangle are the prize ahead for the generosity shown to date.

The three initiatives presented show how, through generous civic actions, we can each contribute to shaping better urban places. It requires the integrity, perseverance and bravery to take risks. It’s a long journey where each step looks to be insignificant, but over decades can grow to be recognised to have changed perceptions.