Gentrification in the swimming pool 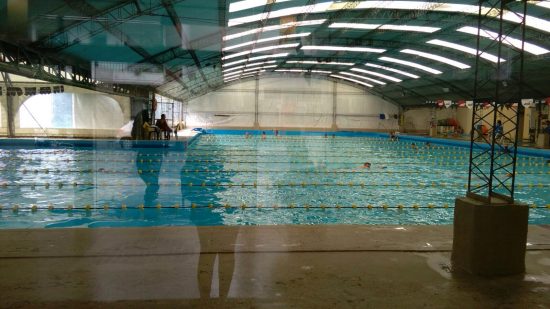 The pool where I swim used to be a low profile, unpretentious (though awesome) community swimming pool set in the premises of the neighbourhood football club. The pool is in Buenos Aires, Argentina, located near to the Colegiales/Chacarita area - but the process it is experiencing could be equally seen in the East of London or in so many neighbourhoods located in rapidly-changing areas around the world there’s no denying that in recent years Colegiales/Chacarita has gradually become gentrified – we all sort of know it, but it’s weird to see it materialise so fast, and into the deepest corners of the neighbourhood, even in the swimming pool.

Now you feel somewhat uncomfortable if asking to share a deodorant, or you get funny looks if you ask for a bit of shampoo also (subtle and silly changes), now I’ve moved from feeling the only one with the fancy goggles to being the only one with cheap ruined flip flops now newcomers worry about leaving their bags in the changing room shelves unattended, as if they were at any risk of being stolen.

Sure, we never worried about this before, and that’s why the pool has so few lockers! the idea had simply not entered our imaginary (it needs to be said, nothing was ever found missing, either before or recently) perhaps it’s also me who has changed?
I never shared any deep, profound or intimate conversations in the swimming pool changing rooms, nor did I make friends that I would see outside in other spheres of my life.

But there was a communal feeling, a continuous flow of chance encounters; there were little jokes and comments, all of which created a shared atmosphere that has disappeared as the pool has become somewhat impersonal.

In a way I’ve never felt such belonging, ownership and pride towards the pool before (‘i was here before any of you ladies!’). Yet, at the same time, I just feel quite alienated and estranged from the pool that I knew.