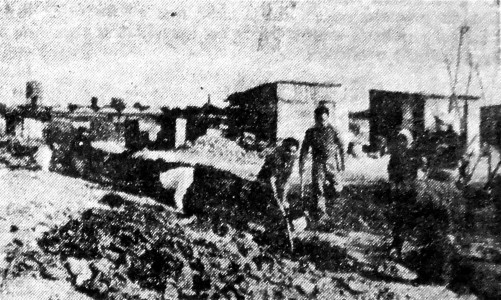 For decades architects, geographers and urban designers have been fascinated by the link between communities and public space. Already in the 1950s Aldo van Eyck, Alison and Peter Smithson, and other members of the Team 10 raised awareness of the meaning of the human scale in urban space, the scales of association, the value of vernacular architecture, the importance of those who use designed spaces, and of the ‘ways in which the patterns of life are to be mapped onto, so that they are designed into, the buildings & artefacts’ that shape those very patterns’ (Edward Winters, Aesthetics and Architecture, New York: Continuum, 2007, p. 92). In the present day, these discussions are as relevant as ever, and architects and other professionals still debate community participation and the role of the user. The importance of this discussion is reflected, for example, in the way the public imagination has been captured by the projects of the Chilean design studio Elemental’s projects – the half-constructed houses designed by Alejandro Aravena’s practice to be finished by their users, relocated shantytown residents. In fact, even though a controversial figure, Aravena’s success as latest Pritzker awardee and latest curator of the Venice Biennale reflects the liveliness of the concerns on users, communities, and new ways of engagement with housing and limited material resources.

From my own research I have explored the ways in which urban communities, especially those in situations of extreme poverty, have used public space as a way to demonstrate their ability to act and their capability to resolve the problems they face. I have explored, in particular, the practices of shantytown residents in 1950s-1960s Buenos Aires.

Informal spaces in Latin America exploded around the 1940s mainly due to massive internal migrations that large cities were unable to accommodate. The crisis of 1929 had led to a shortage of job opportunities in the countryside and to the expansion of national industries. While migrants gained employment in these cities, their salaries were not enough to access the housing market. Inevitably, these new (desperate) industrial workers started settling in spaces that had been left vacant because they were not suitable for inhabitation. Land in these spaces was un-serviced (that is to say, it had no piped water, no sewage; no electricity, pavements or public lighting); it got periodically flooded; it was at risk of landslides; and in some cases the sites were also contaminated. Resolving these urgent problems in order to make the spaces fit for inhabitation led to the formation of the first shantytown community organisations.

The reason for describing in detail how these earliest shantytowns came into being is that urban space came to play a crucial role in the formation of communities, and this happened through the communal works executed by the new residents of these ‘uninhabitable’ areas. My research has revealed that urban space is essential for the formation of collective identities and working groups, and that this materialised in a very concrete way in mid-twentieth century Buenos Aires shantytowns. In fact, in Argentina, the process described was crucial, as residents did not know each other prior to arriving in the major cities (they were not collectively organised before arriving), but they soon had no option but to solve their common problems together. Residents sought to extend pipework for fresh water, fill up land, and build pavements and communal facilities. And it was through these very actions that a community was created. These groups were usually temporary, brought together only to implement the immediate works required, but in some cases they led to the formation of stable improvements commissions.

When working on my research work I have conceptualised the ways in which these residents and groups of residents worked in terms of layers. There were different works of construction taking place simultaneously in 1960s Buenos Aires shantytowns: the self-construction of houses by indvidual residents, temporary works done collectively (such as the clearing of a site by burning garbage), and collective works intended to be permanent (such as the construction of a bridge, a community nursery or a health centre). Residents were working individually but also organised in groups of different degrees of permanence. Furthermore, some of these groups started talking to city councillors and various state offices in order to gain support for their works. Some improvement committees, additionally, gathered together in a city-wide federation to speak to political power more strongly.

The study of the construction of communities as complex and multi-faceted has been central to my interests and my work. I contend that shantytowns stand as a particularly visible example of the vibrant relationship between space (particularly public space) and community work, formation and identity. However, I also believe that the basic traits of these processes can be observed in communities throughout the world. Having now moved to London, I can see how the importance of public space and its relation with communities is as important as ever, both in spaces facing rapid gentrification as in those which remain marginalised. With more knowledge, more engagement, and a better understanding of the invisible but multiple and vibrant links between communities and public space we, as architects, can make a difference in the redefinition of urban identities and in the practice of continuously creating meaningful quality cityscapes.