No Job Too Small 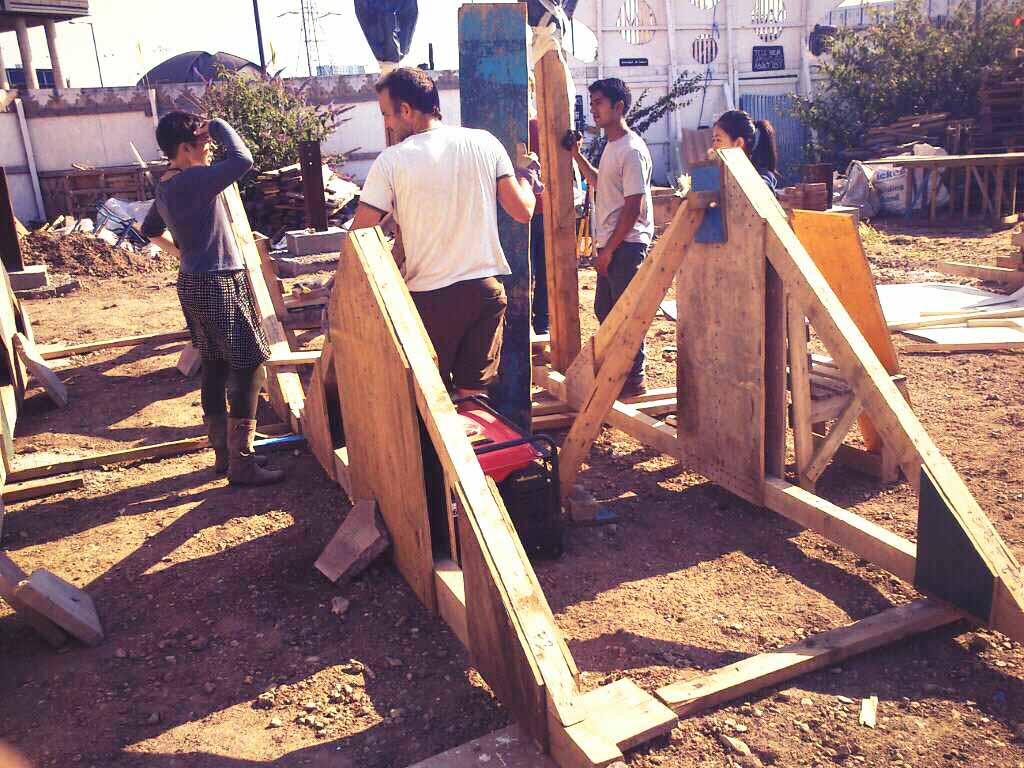 After the columns to support flitched had been installed, scaffolding was needed to provide a temporary platform to to connect the trusses and then build the roof. The scaffolding was carried out by Lyndon Scaffolding, the UK’s largest privately owned specialist scaffolding company. The scaffolding covered an area slightly larger than the footprint of the flitched building, on a single level at a height of just over 2 metres. Construction of the scaffolding took two days and took two scaffolders and a driver who made several deliveries of materials. Canning town Caravanserai was represented by Leo Nassis, in day-to-day control of the project, and Pablo Viecens, an architect whose experience was vital at this stage.

Once the scaffolding was in place the general impression was of the hard work of the scaffolders who worked at a pace that commanded respect. With a temporary roof on flitched, the project left the ground and went airborne. Lyndon Scaffolding are used to major projects such as the BBC HQ and the Tate Britain. The flitched building showed that no project was too small for their expertise to be needed.