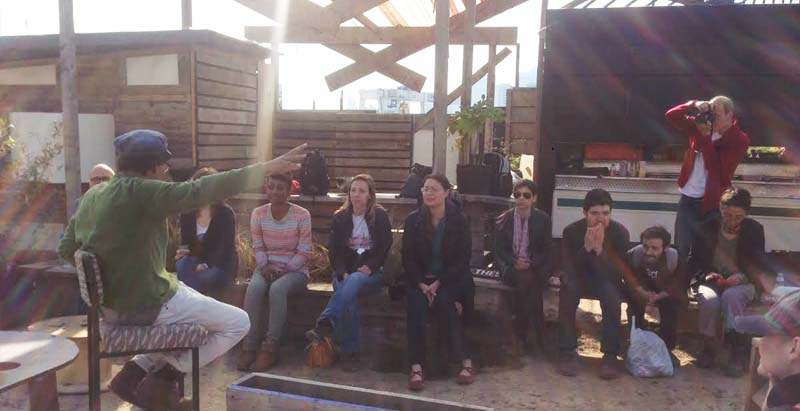 My first ever visit to the Canning Town Caravanserai was certainly an eventful day. I met a whole host of inspiring people, including Siraj, a well known urban activist and local artist. Amongst many interesting discussions that day, Siraj generated a debate on the topic of community involvement in local planning decisions.

He expressed his views that more should be being done to ensure that local people have a say in proposed developments and explained what he believes to be some of the key issues with the current process. He encouraged us to consider what we as individuals can do; how we can ensure as a community that our input is heard. A key point was that we need to be actively aware of what’s happening as well as knowing exactly what the government have promised to deliver.

The topic of the discussion was a sensitive subject for a local resident who expressed his anger at what he felt are imposing changes in the area made by large money hungry development companies. Whilst his view was not positive, I felt it was pertinent to hear and I believe it is likely that there are many locals who feel the same way.

In my view, this is why creative urban projects like the Caravanserai are so important. They are the antithesis of the problem, providing a place for community cohesion and supporting local development driven by local people.

Siraj said whilst we may not be able to entirely stop large capitalist developments, we can make it harder for our voices to be ignored. This we can do by knowing what is going on in the property world and planning policy and insisting on concrete action behind the sustainable communities rhetoric. There is still so much to play for!